About Drinking and Driving

Motor vehicles are huge pieces of machinery, and while they are often necessary and useful, it is important to remember that cars also have the potential to kill when misused. One of the most dangerous – and potentially deadly – decisions that a driver can make is to operate a motor vehicle while intoxicated or impaired.

At the law offices of Naqvi Injury Law, our Summerlin drunk driver accident lawyer has helped victims in our state seek justice and damages when the actions of an intoxicated driver left them with devastating losses. If you are hit by a drunk driver in Summerlin, please contact our legal team today to request a free consultation and learn about your options for recovery.

The Legal Limit in Nevada

In Nevada, it is illegal to operate a motor vehicle with a blood alcohol concentration (BAC) level of .08 percent or more. While how many drinks it takes for an individual’s BAC to reach this level varies depending upon the person and their size, any more than two to four drinks is typically enough to spike BAC levels beyond the legal limit for operating a motor vehicle.

Alcohol and driving don’t mix. Drinking, even when the .08 percent level is not reached, can slow reaction time, impair thinking and coordination, and lead to drowsiness, all of which can be dangerous behind the wheel. Every year in Nevada, there are dozens of people killed in alcohol-related crashes that could have been prevented but for a driver’s decision to drink and drive.

Negligence vs. Negligence Per Se and Drunk Driving Accidents

When a driver causes a crash in Nevada, they are responsible for paying for damages. While proof that a driver has a BAC level above .08 percent is a nearly a sure win in terms of being able to prove that the driver was indeed at fault for the crash, what happens if the driver was impaired, but not above the legal limit? Can they still be held liable for your accident?

This is where differentiating between negligence and negligence per se is important. Negligence per se is a theory whereby a person is considered negligent because they violate a law or statute, i.e. Nevada’s law for drinking and driving. Negligence, however, is merely the failure to act with a reasonable degree of care for a given situation. This means that even if you cannot prove that the driver had a BAC of .08 percent or greater, if you can prove that they were impaired or that they failed to exercise the reasonable amount of care for the situation, and that this failure led to the crash, you can hold them liable for your harm.

Gathering the Evidence You Need to Recover Your Full Compensation Amount

In an accident involving a drunk driver, one of the most important pieces of evidence that you will need to collect is the police report detailing what happened and the reporting police officer’s opinion on who was at fault. In many cases, the police report will also include evidence about the other driver’s BAC at the scene of the crash. If the result of a blood or breath alcohol test indicates that the driver had any alcohol in their system at the time of the incident, this is very strong evidence in your favor, indicating that the driver’s BAC impaired their ability to safely operate a motor vehicle.

In addition to police and BAC reports, our lawyers will also assist you in recovering witness statements, any video footage of the accident, and pictures that detail damages and how the crash may have occurred.

Once evidence has been collected, our team organizes it in a compelling manner for presentation to an insurance company, and issues a demand letter that details how much you are requesting for your damages. When a settlement offer is made by the insurance company, we will review it; if the offer does not seem fair, we can reject the offer in writing, and initiate negotiations for a greater settlement.

When a settlement cannot be reached out of court – which is uncommon – our lawyers can file a lawsuit and bring your case to litigation. We have trial experience, which is essential if your case goes to court.

Don’t let a drunk driver get away with the harm they have caused you. While a drunk driver will likely face criminal charges for their actions, you have the right to bring forth a civil suit as well.

When you contact our law offices, our aggressive Summerlin drunk driver accident lawyer will guide you through everything you need to know about the claims process. You can request your free consultation today by writing us a message or call our law offices. 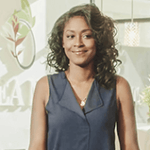